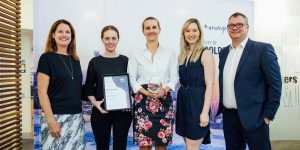 As part of the approved 2016-17 funding for the Vulnerable Species Management Plan budget, the Vulnerable Species Management Team sought to develop a city-wide Koala Conservation Plan to address the conservation issues affecting the koala populations across the city. The project adopted a community driven development framework where community engagement was central to koala conservation on the Gold Coast. Key strategies, including asset-based community development were used. The success of the engagement has contributed significantly to koala conservation throughout the city.

In 2018 the City made national headlines with an Australian first with the introduction of a $10.85 million ‘Koala Fund’ to protect the furry mammal and conserve its unique biodiversity. Then in early 2019 Council voted to make the first purchase under this newly-created ‘Koala Fund’ to consist of the purchase of a significant 400 hectare land parcel in the Coomera region to be set aside for the preservation and protection of the species into the future.

Find out more about the 2019 Core Values Awards winners and finalists in the 2019 finalists booklet and the 2019 International Showcase booklet.